The well-known Google Street View (GSV) feature, available in Google Maps and Google Earth map services, as well as in the form of a mobile application, needs no introduction. GSV was first launched in 2007 in several U.S. cities and has been gradually extended to other countries around the world. The vast majority of panoramic images are made with a special spherical camera located on the roof of a car; other vehicles and "carriers", including pedestrians with a camera attached to a helmet or a special "backpack", are also used to cover the less accessible areas. 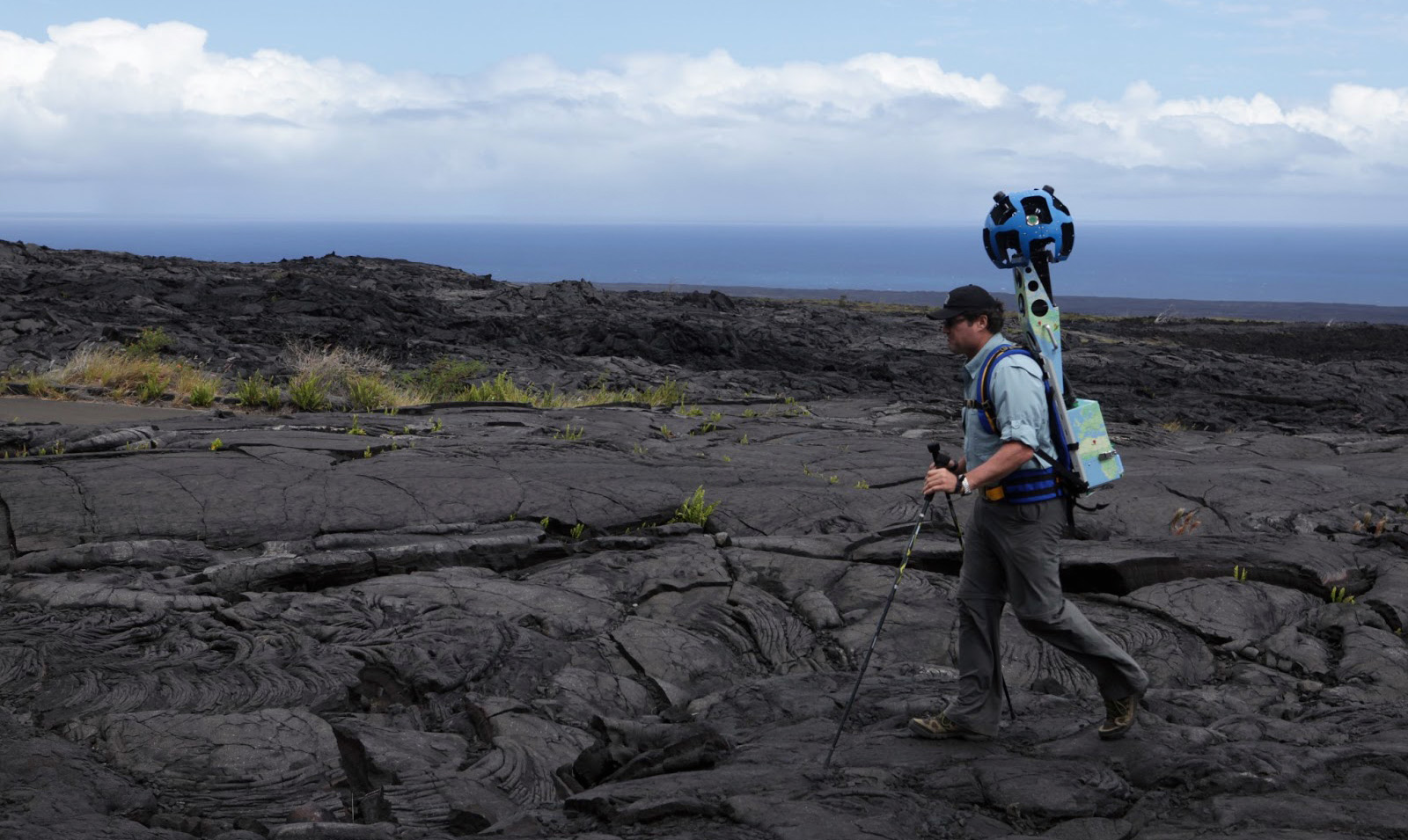 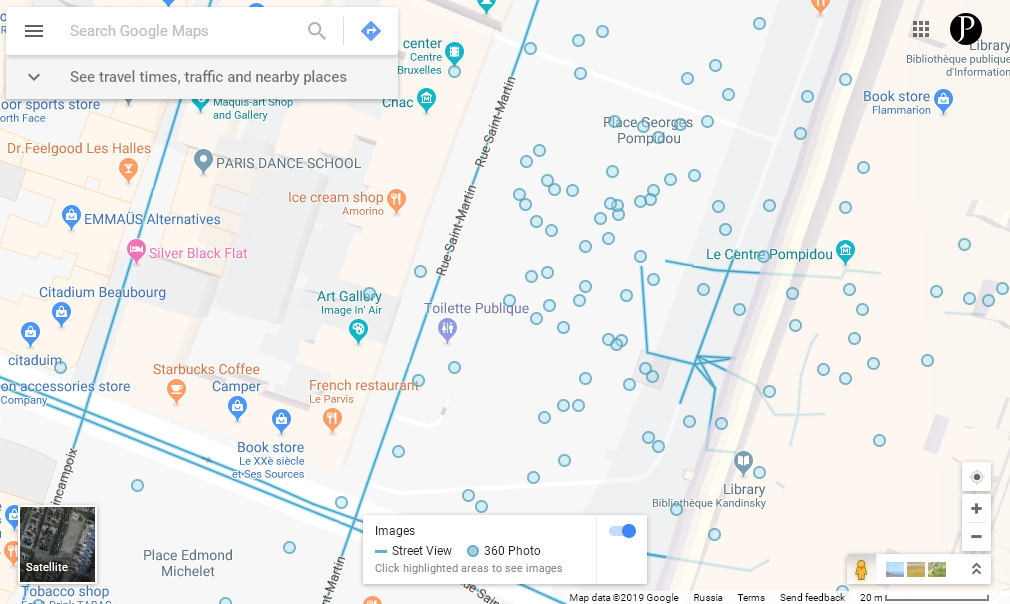 
In 2011 Google announced the launch of Google Business Photo pilot phase (also known as Indoor Street View or See Inside), which is designed to publish virtual tours of interiors of various business facilities on the maps. The service has undergone many changes over the years on both content uploading and display. Google Business Photo was rebranded twice - in 2014 it was renamed as Business View, and a year later, as Street View. However, the essence of GSV remained unchanged: business owners negotiate with performers and pay them for shooting and placement of tours. At the same time, the performers (photographers or agencies) are independent entities, that is, they are not Google employees. Previously, photographers and agencies had to be certified to work in a partnership program with Google, today any user can publish business tours.


The response of panoramic photographers to the launch of Google Business Photo was mixed. Some were afraid of the influx of amateurs and, as a consequence, a drop in quality and prices at the virtual tour market as a whole. Others, on the contrary, have seen it as an opportunity and begun to actively develop the niche. And yet others, including me, preferred to stay aside. Personnaly, I was scared off by Google online editor used to editing and uploading virtual tours to Google servers. The editor was extremely slow and buggy, at least for a certain period of time, when I tried to work with it. But the editor had one advantage - it would automatically stitch the panoramas, should you load the footage from the camera. Thus, even people with poor knowledge of photography could create virtual tours using Google Business Photo, and no special professional skills were required to work with the service.


Google Trusted Photographer is a photographer or an agency that has been tested and received a certificate confirming compliance with the quality standards required to publish business tours on Google maps. The standards were largely based on certain technical formalities, such as: distance between nodes, route, mandatory blurring of faces/vehicle plates, etc. The quality requirements for photo materials were minimum and, although all tours were checked by Google specialists before publication, some frankly awful tours frequently appeared on the maps.


In 2016, the Street View program was significantly changed for the last time. Since then, 360 panoramic images and tours can also be published using the third-party software, tours are no longer divided into interior and street ones, and there is almost no pre-publication screening. Plus, certification requirements have been kept to a minimum: you can become a Google Trusted Photographer by simply placing 50 panoramic images on the maps. The certification itself is no longer necessary, so any uncertified photographer can now place tours.


Nevertheless, many certificate holders still promote their Trusted status as a diploma of a prestigious photo school. Unfortunately, its presence does not guarantee the quality, and even an uncertified performer can make a high-quality virtual tour. 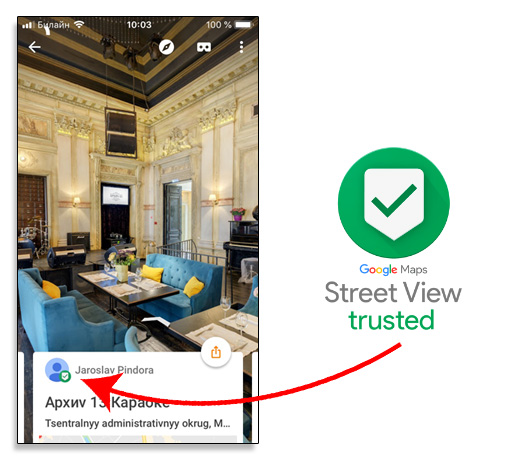 
Virtual tours on the GSV platform are best suited for the presentation of small facilities that do not have their own website and therefore have no place for a classic web tour. Hosting a virtual tour on Google servers is free and unlimited in time. Of course, if the company has a website, GSV tour can be easily integrated into it.


The weakness of Street View is the limited functionality of the tour. The standard interface allows to move only by clicking arrows and switching floors (if any). That’s it. There are tools that can extend the interface by adding some control items, such as menus, links, etc. But if you want to create a virtual tour with a fully custom design and functionality, forget about Street View. The ideal option is to use the classic virtual tour as the main one for the site, and make Street View version on its base, which will help to increase the audience number thanks to Google Maps visitors. 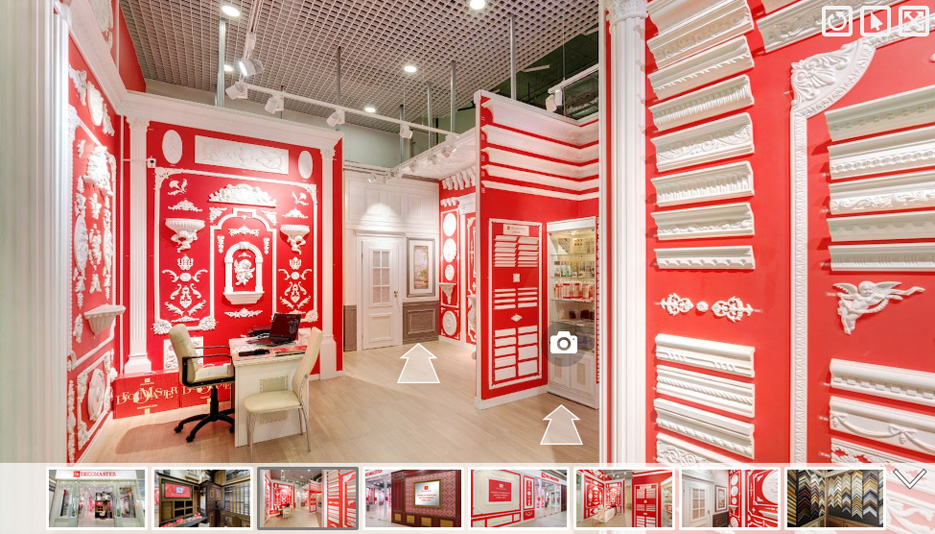