It is assumed that tourists visit Sardinia mainly for its exceptionally beautiful coastline, but the nature of Sardinian inland is not less attractive. If you like hiking as I do and travel to Sardinia someday, I recommend you to visit the National Park of the Bay of Orosei and Gennargentu and the Supramonte mountain range.


The Gennargentu National Park, also called the National Park of the Bay of Orosei and Gennargentu, — is the biggest mountain range of the island. There are the five highest peaks of Sardinia on its territory. By the way, they can be easily reached — the asphalt road leads almost to the top of the Bruncu Spina mountain, the second tallest point on the island (1829 m.). During my trip, some part of the road was blocked due to the danger of a rockfall, so some distance I had to go on foot in the company of local cows. 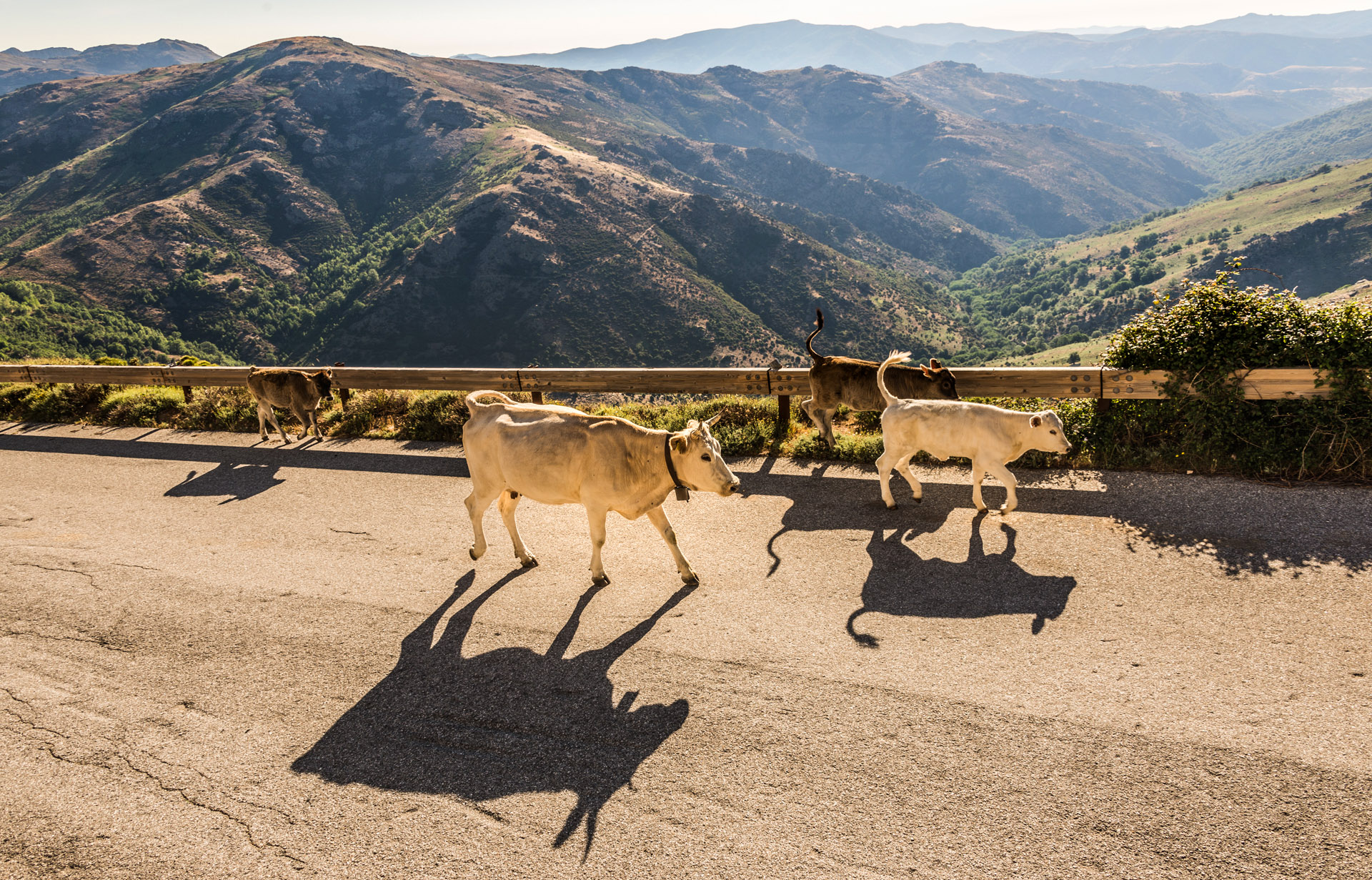 The road ends near the ski lift, but it doesn’t seem to be very popular, considering the abandoned view of the station. It is not surprising: geographical latitude of the island and the small height of the mountains limit the opportunity to ski here, even in winter. 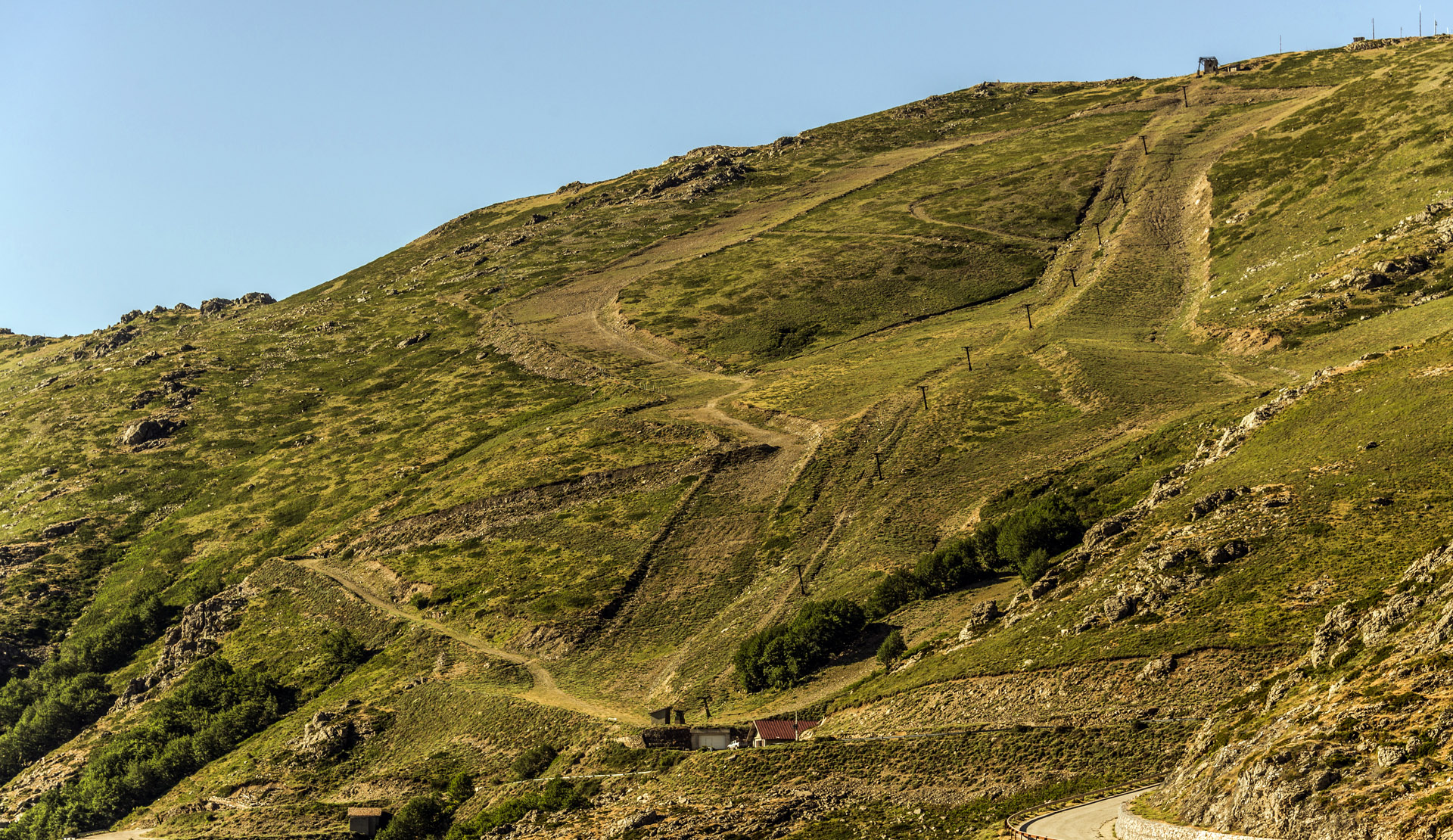 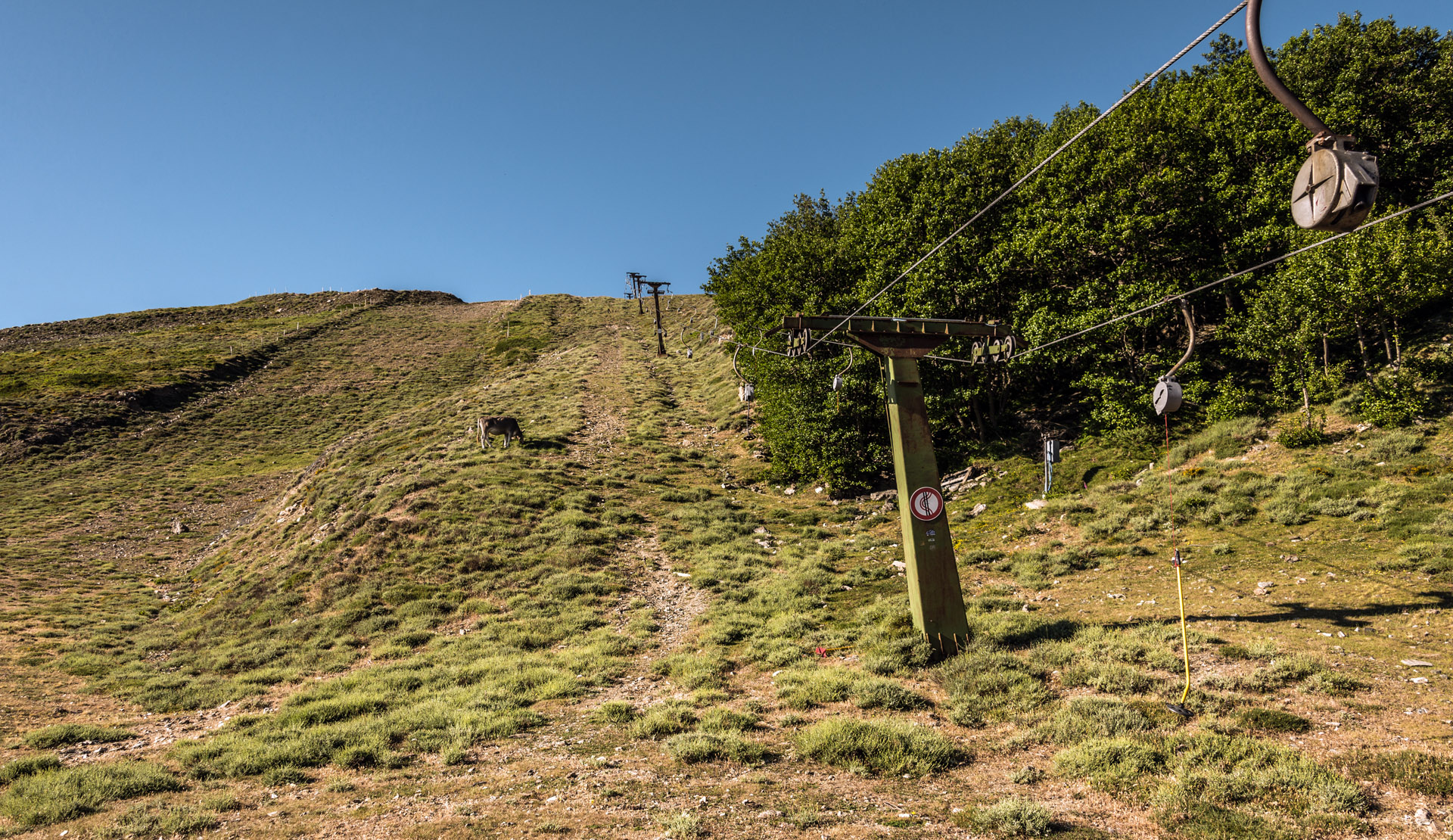 I arrived late at night. To entertain myself while waiting for sunrise, I went for a walk under the stars, explored surroundings in the moonlight, and took a couple of photos. 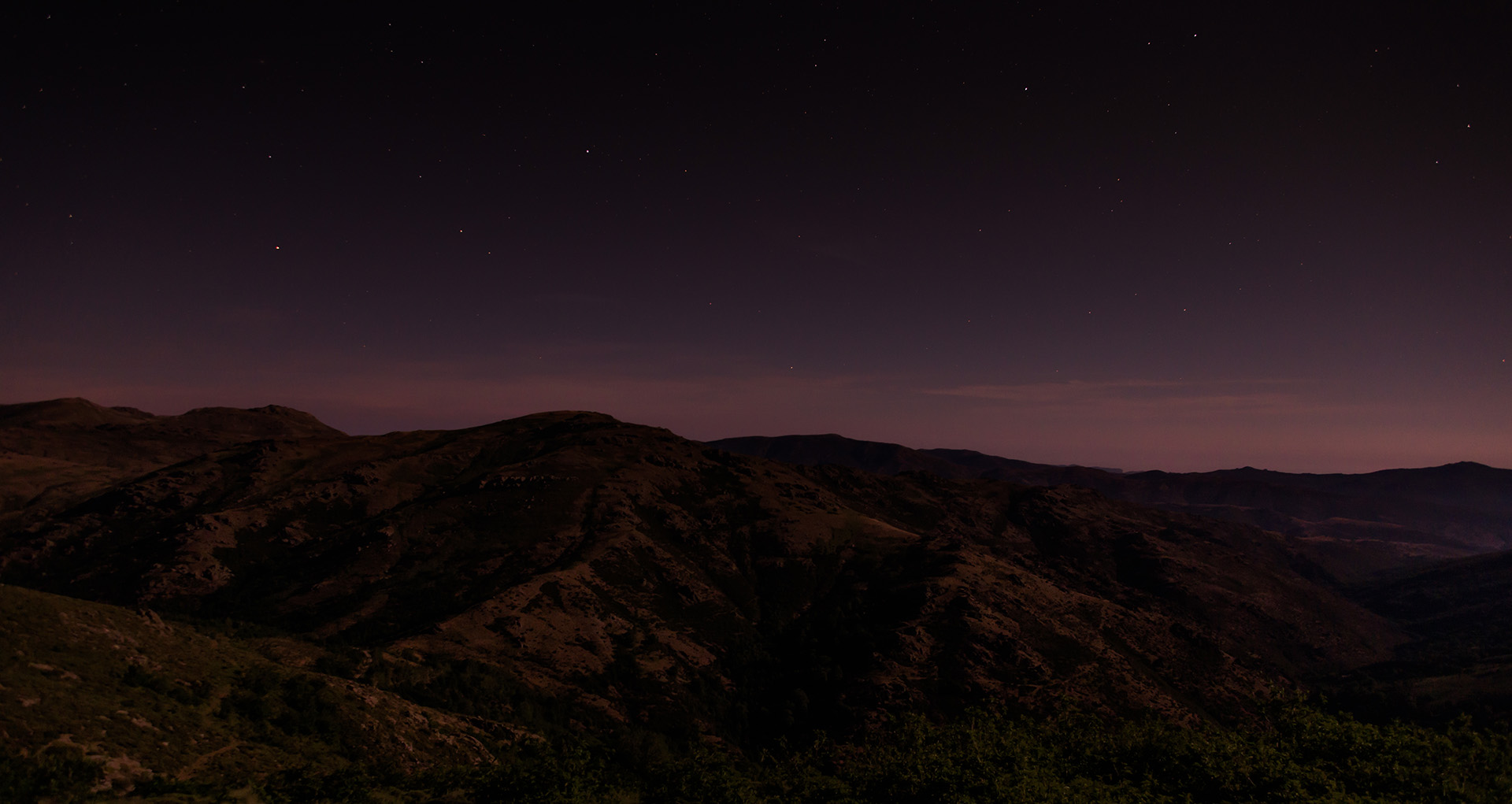 In some places Gennargentu, with its almost arid landscape covered with poor vegetation, looks like the Scottish Highlands. Nevertheless, it was not always so. Ancient oak forests were cut down in the 18th -19th centuries for charcoal production. Many of today's tourist paths have arisen instead of the former "mulatterias" — the paths on which the mules transported cargos from the mountains to the coast. 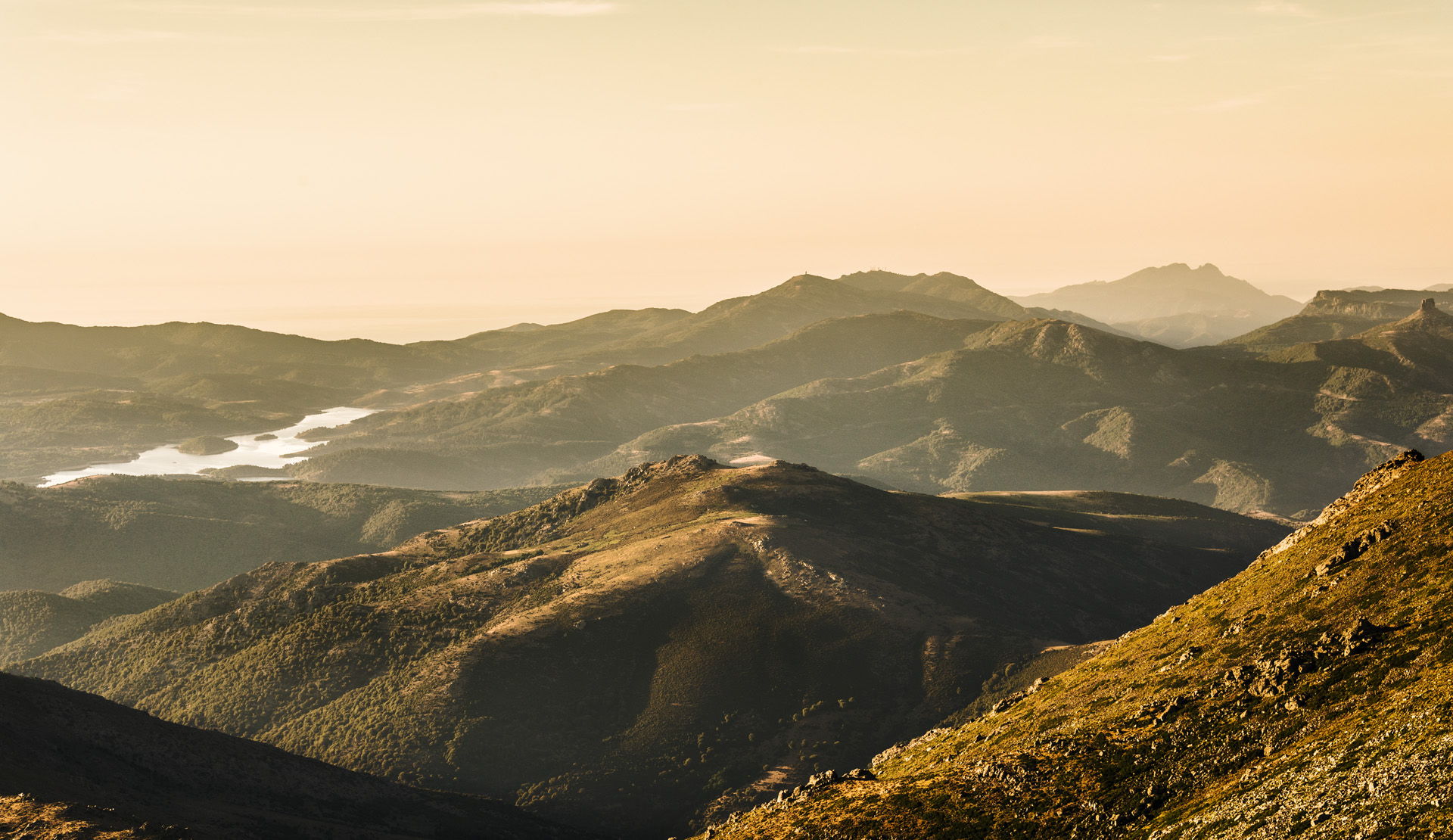 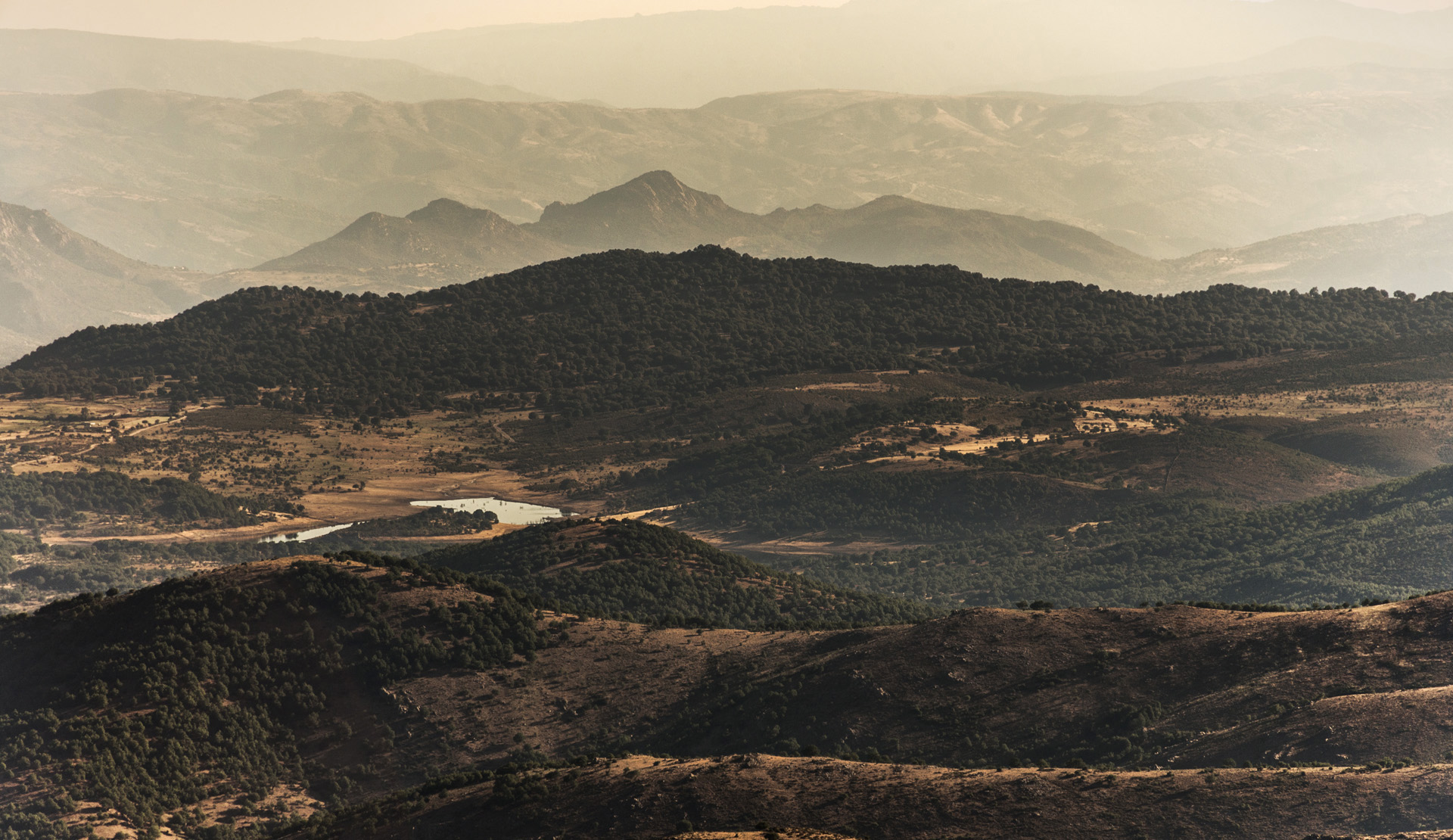 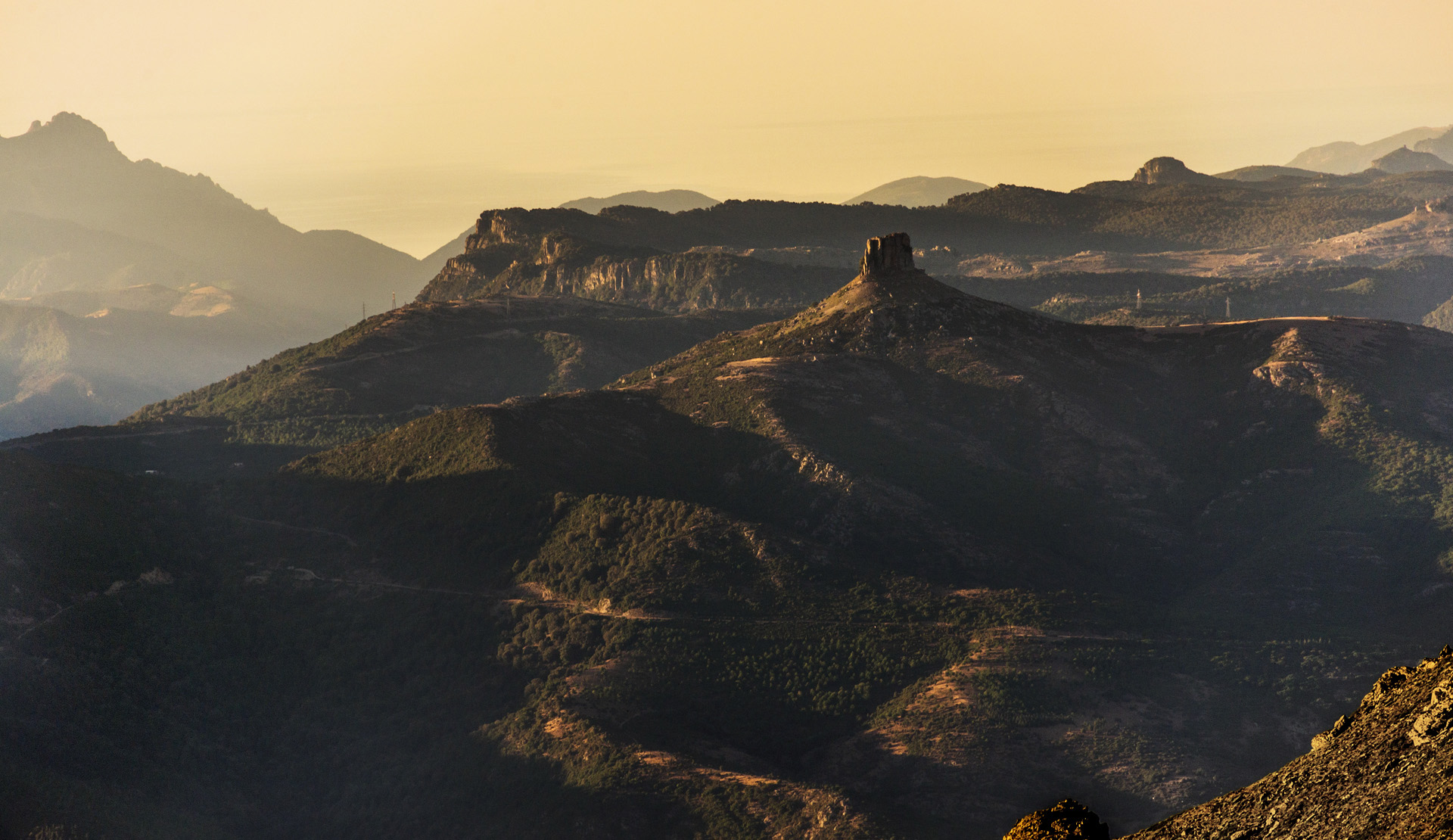 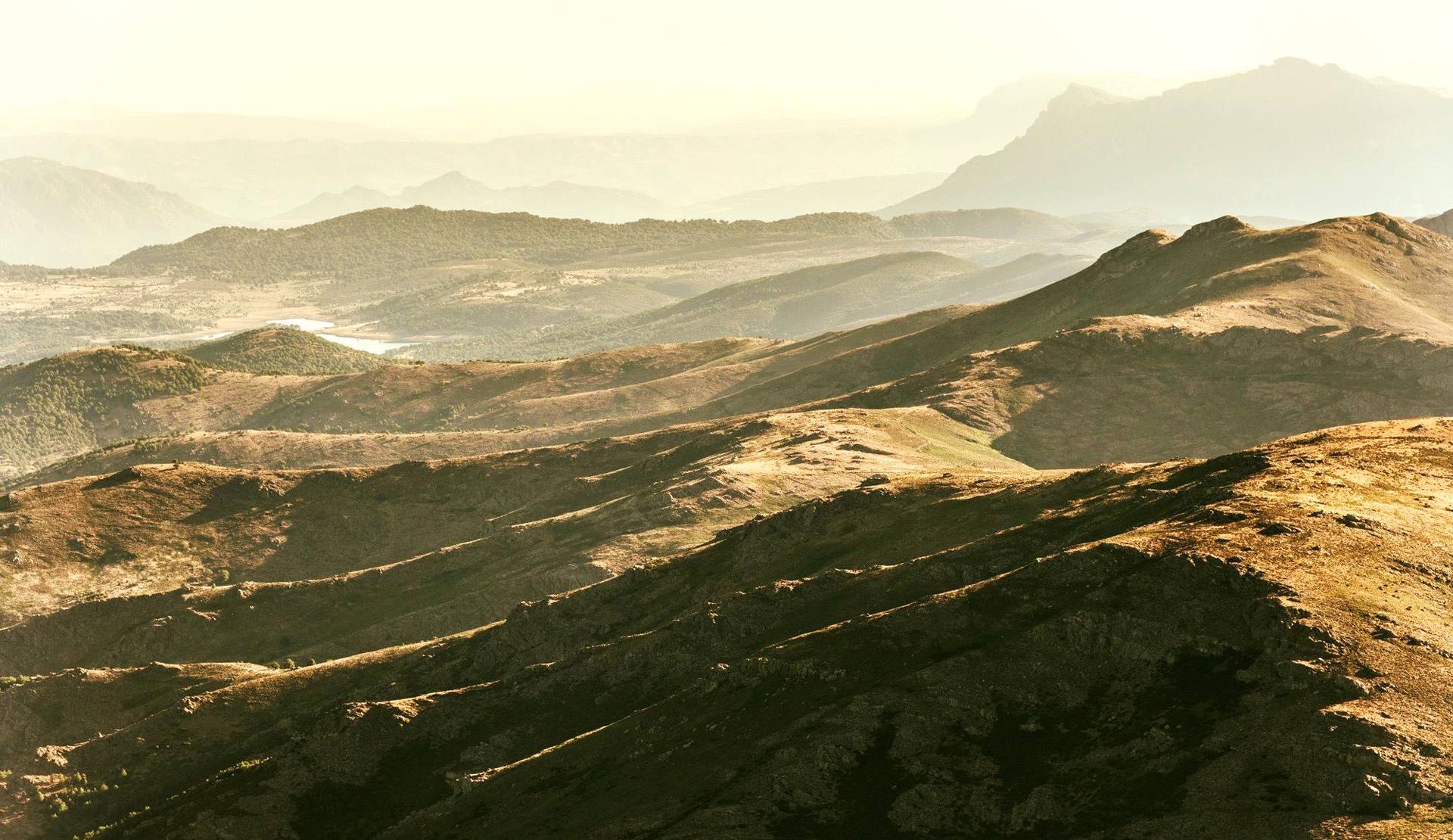 As for the fauna, among from the wild animals I only saw timid mouflons; however, there were lots of cattle, mostly cows. 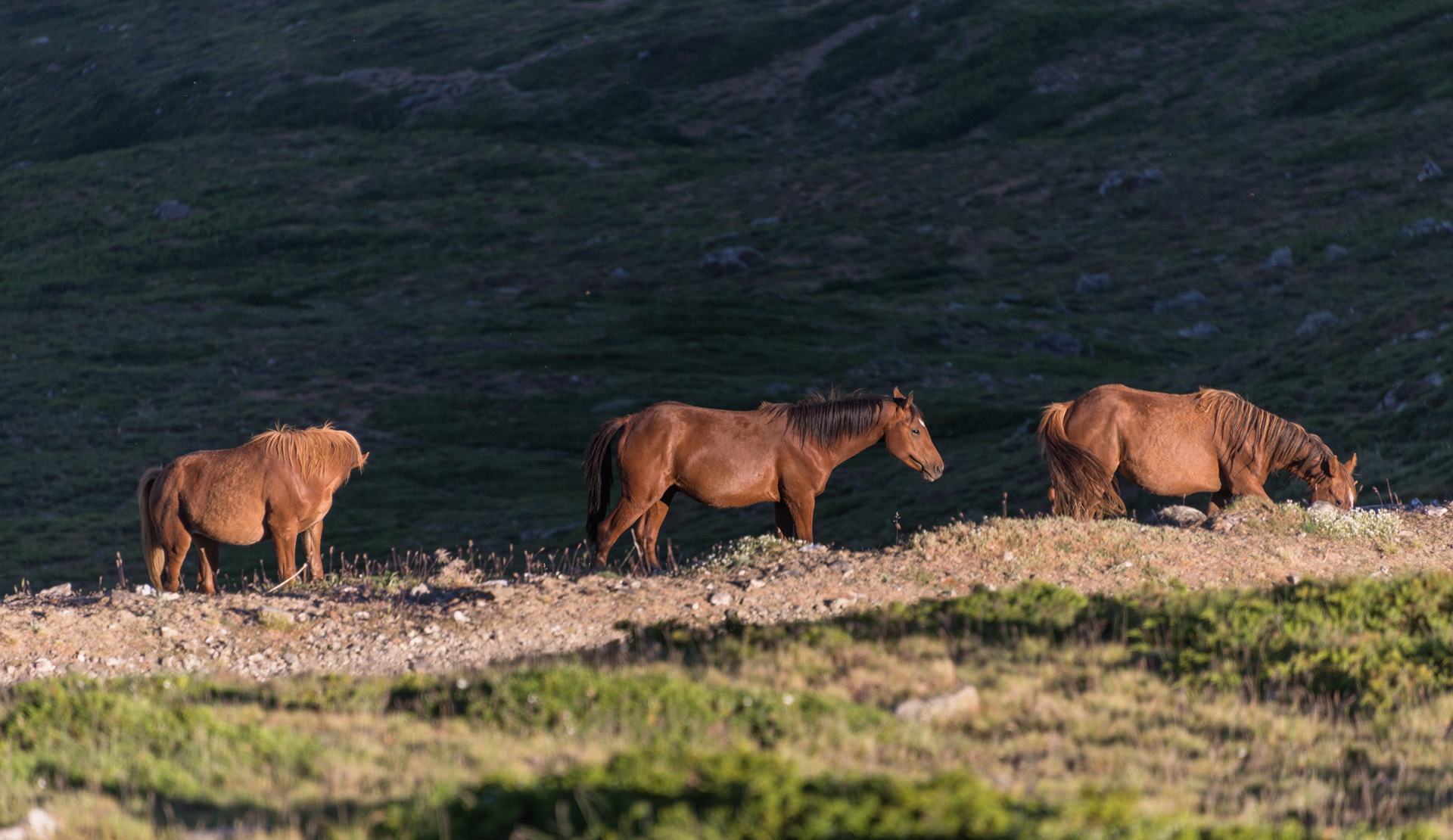 The highest point of Gennargentu, as well as the entire island, is the Punta La Marmora mountain, 1834 meters above sea level. It is located almost in the center of the island, slightly eastwards. They say that in fair weather even the Supramonte mountain range can be seen from here. But I did not completely view it, and hence decided to look at it from a short distance. 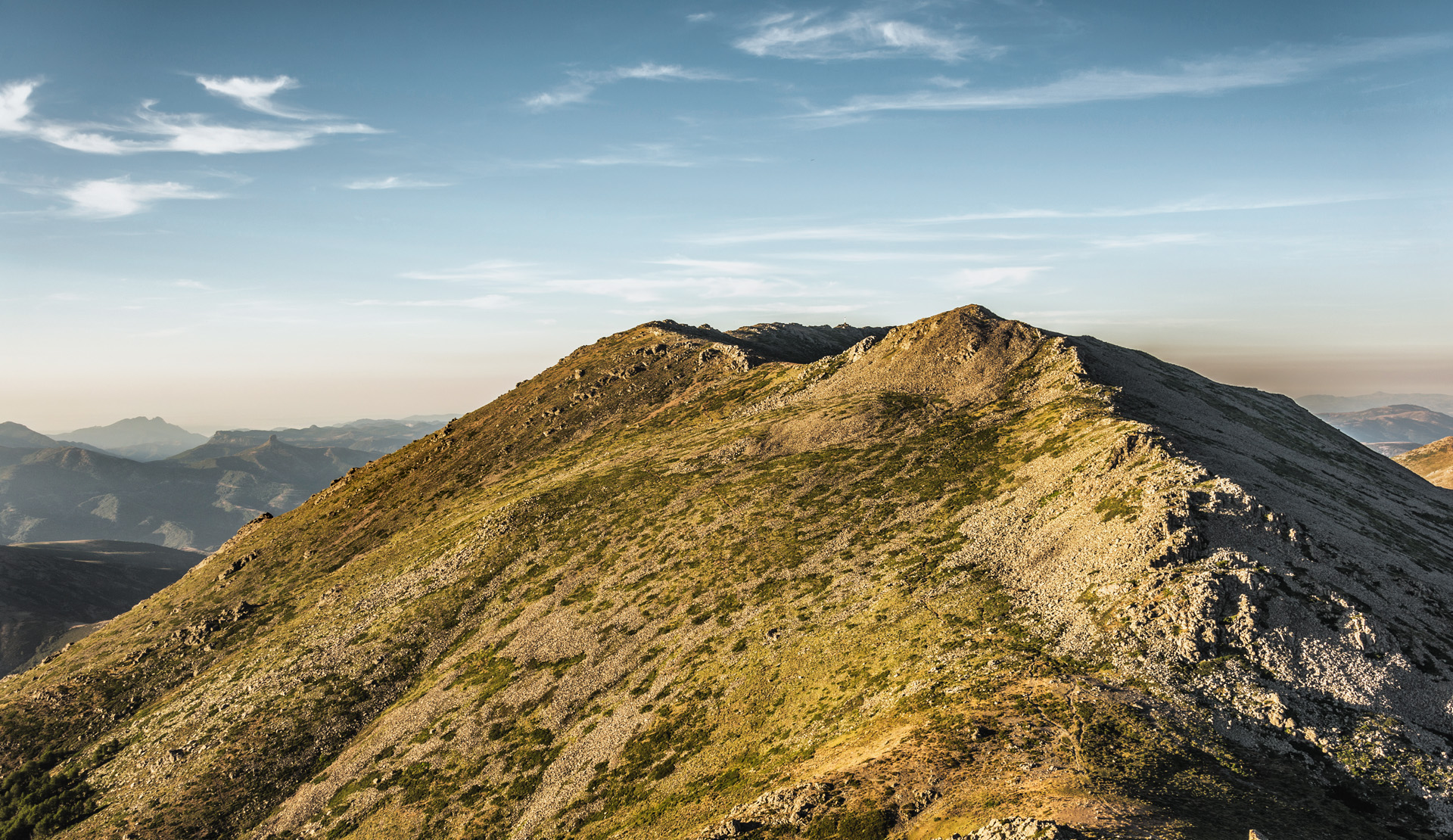 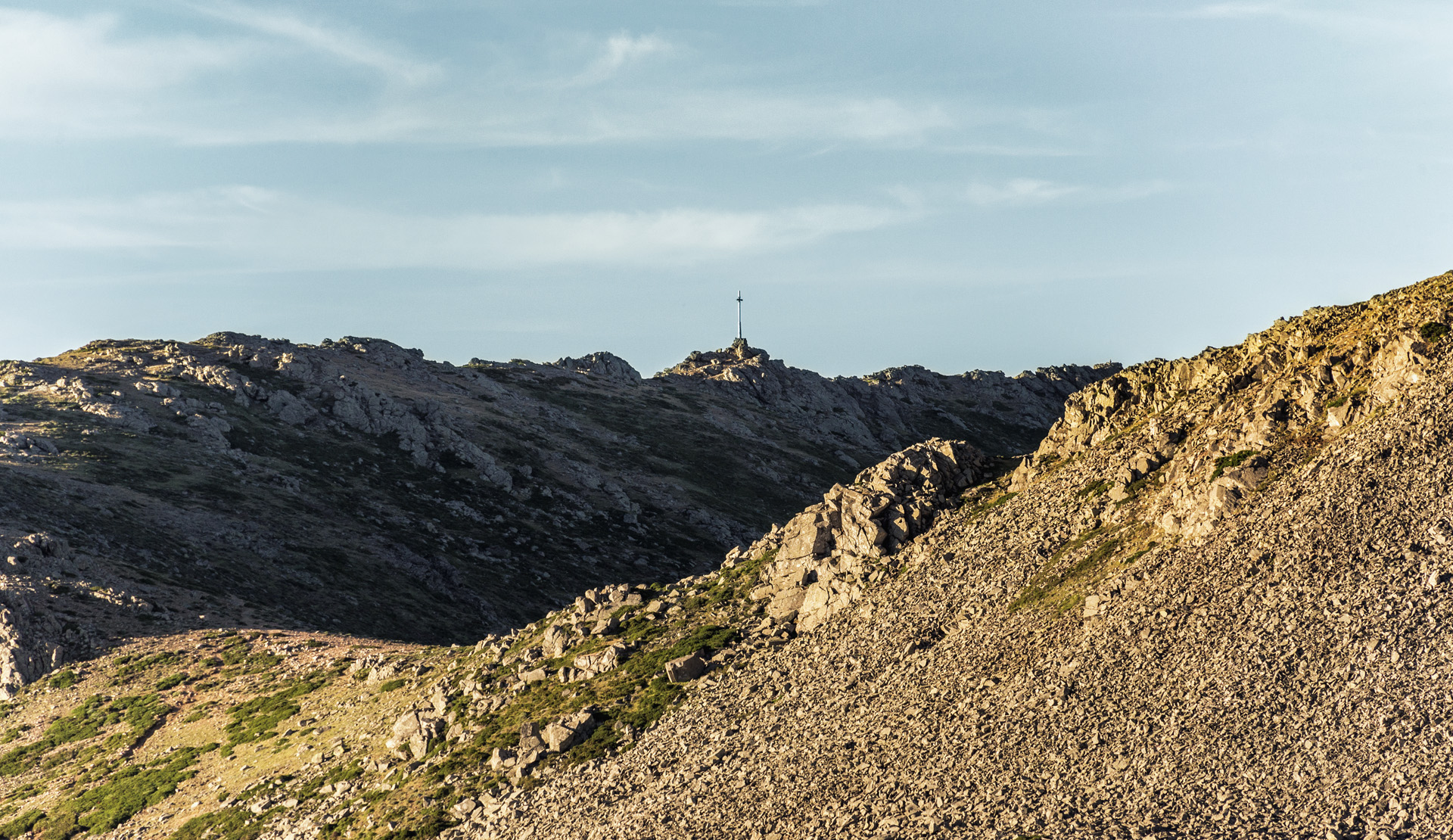 A pair of panoramas from the Bruncu Spina ridge


Supramonte — the second largest Sardinian mountain range — differs from Gennargentu significantly. It consists mainly of karst uplands, where the rivers have made deep gorges and canyons. Nowadays, most of the rivers are hidden beneath the ground, that causes forming magnificent caves. In prehistoric times, the territory of Supramonte was more populated: it is confirmed by the ruins of at least 76 settlements, 46 nuraghes, 14 dolmens, 40 "tombs of giants", 17 sacred springs and 3 megalithic structures. The main natural attraction of Supramonte is the Gola su Gorropu gorge, which is considered by the locals to be the deepest in Europe.

In the north-western part of Supramonte there is a plateau with the same name. The highest peak in the region — Monte Corrasi is located here; its height reaches 1463 meters. The plateau ends with steep cliffs about 1000 meters high, but in spite of this, a road is laid here. Though, you need a good offroader to drive through the last ~ 2 km. Above you can clearly see the nearest Oliena town and its surroundings. 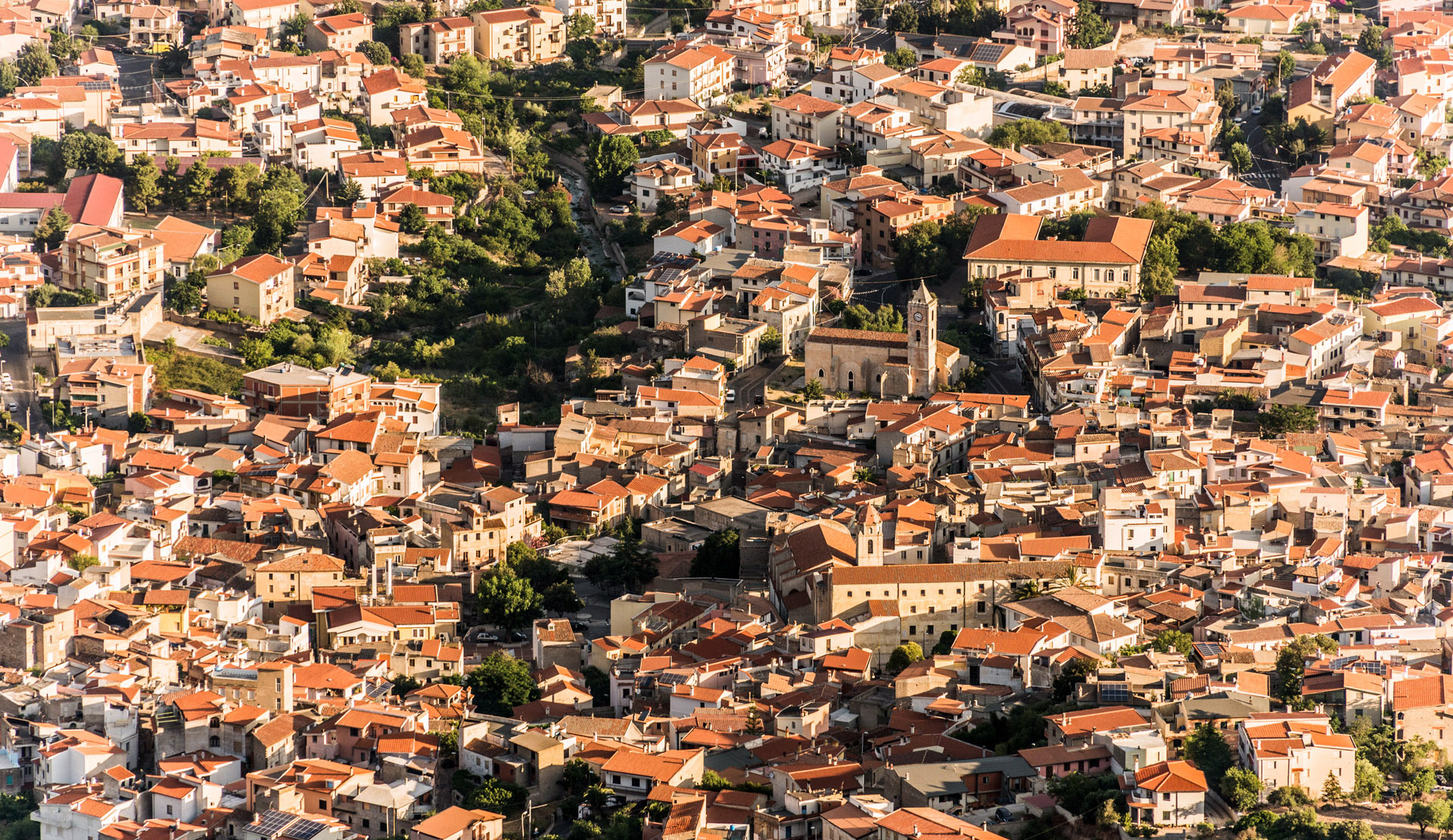 A pair of panoramas from the peak of Punta Carabidda


It begins a few kilometers to the south-east of Olbia town. It occupies an area of 15,000 hectares and consists of several islands. The biggest of them is Tavolara, that it is visible from afar; its height reaches 565 meters above sea level. The protected zone also includes 40 km of coast, which is regarded as one of the most beautiful not only in Sardinia, but also the entire Mediterranean. The coastline is very various and dotted with many beaches for every taste. There are both long sandy beaches with crowds of tourists and cozy coves framed by granite cliffs with whimsical shapes.